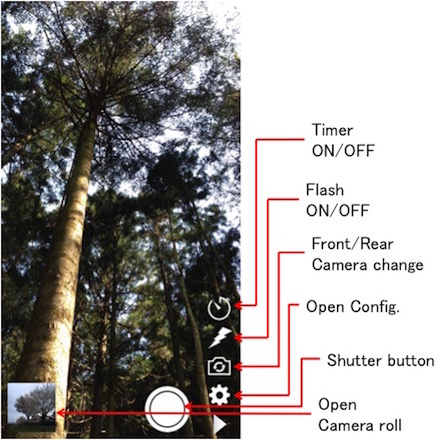 Start timer
Easy group self-taking with one hand at outdoor event
Even if you don’t touch a shutter button, the timer is started by a one-eyed wink and it is cancelled by a wink of both eyes.
At first, the timer is enabled for both front/rear camera. 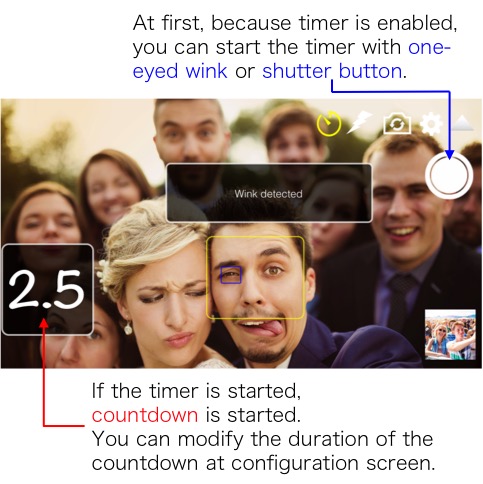 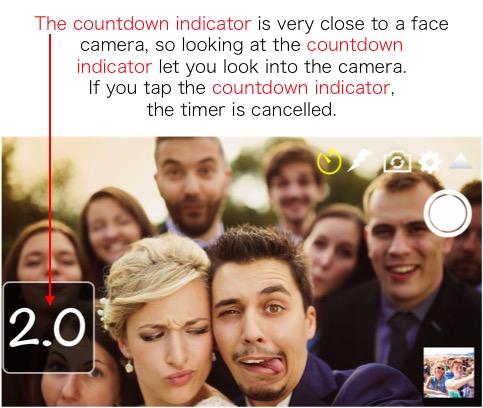 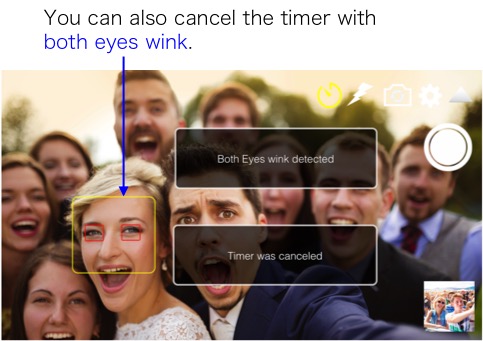 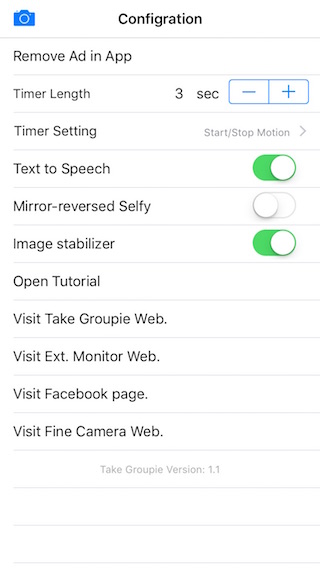 At configuration screen, you can modify the duration of the timer every 0.5 seconds from 0.5 second to 10 second.

If you turn on “Text to speech” switch, the reading function of movement such as a one-eyed wink, a wink of both eyes and so on are enabled when those movements are detected.

You also open the tutorial pages in this application and visit web site of this page or other application site directly.

If you select “Time Setting”, you can move to the following screen.
Timer Setting screen 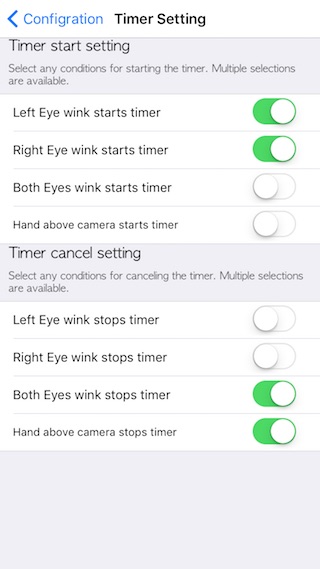 It’s possible to change to by what kind of movement you make a timer start or cancel it, so please try variously and set it as you like.
And, there are other functions like the followings.
Easy SNS sharing inside this app
At a restaurant, you can upload a taken picture of the dish in SNS immediately from Camera Roll and individual photo page.
The camera picture of which you are taking can be shown to the outside monitor with full size.
When using AppleTV at time of the party, a camera picture can be shown to a monitor on the full screen by Wi-Fi, so it’s apparent that it warms up the party.
(When using a HDMI cable and an adapter, a monitor connection is also possible by them.)
The connection methods are described in this page “Connect to external monitor”. 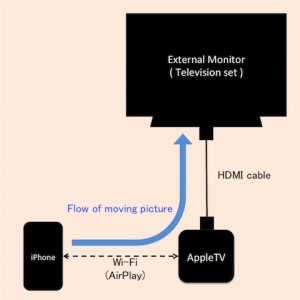 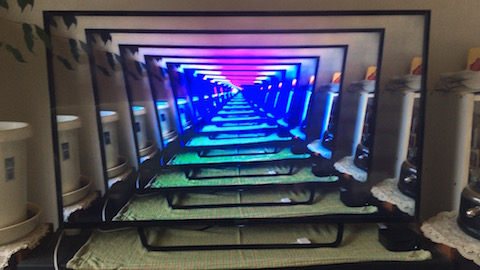