This is a camera application which changes “it was now” into a good opportunity.
This app can perform continuous shooting of a total of nine sheets, i.e. four sheets before pushing a shutter, one sheet right after pushing a shutter and four sheets after pushing a shutter, in order not to miss that moment.
Because “flip photo” of animation GIF can be made with burst shots, no photos become useless and it can leave the image at the time of continuous shooting was performed as it is.
A shutter sound can be made silent in order to take the photo of a photographic subject’s natural expression.
Moreover, it is possible to record three sounds which could pull a photographic subject’s mind and you can use not only the recorded sound but also the sounds such as a bark of an elephant, a cat, a dog and so on as a shutter sound and notice sound in order to take a camera-conscious shot of a photographic subject.
It is possible to configure each mode whether a photo includes the position information or not.
When you take a photo at your house, because you can take the photo not including position information and also check the existence of the information of the photo before sharing it by e-mail or SNS, it could prevent it from being used for a stalker crime.
Because this application is optimized for iPhone5, using from the model after iPhone5 is desirable.
Please keep in mind that performance of some functions in iPhone4 and iPhone4s may not be sufficient.
For more information, please visit H.Suzuki Software Lab page on Facebook.

The reason why I made Fine Camera.
It’s been more than a year since I started my blog named “Dog Photo Albums”.
Actually, I have a miniature dachshund whose name is Kojiro.

END_OF_DOCUMENT_TOKEN_TO_BE_REPLACED

Thanks to you, “like” to this page exceeded 500.
I would appreciate your favor in the future because we will enrich the contents of this site so that it can reply to your expectation.

A site named “Appliv” ran an article about the review of Fine Camera V1.31 in Japanese ! 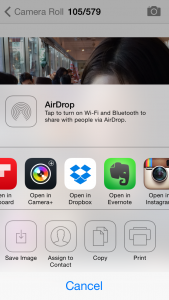 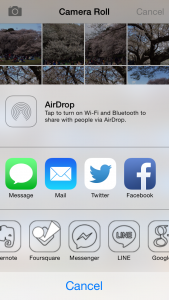 Take a photo -> make sure the photo -> share. That’s it.
Only three steps to share the photo with any SNSs and Clouds.